Filth is coming out of the drains, again. 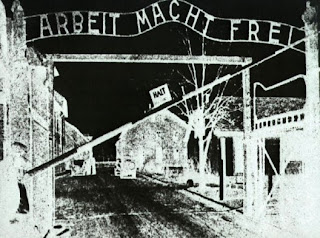 The strings are pulled, the knives are high.
Mr. Honey Tongue is talking of love, rolling bones and souls towards the graves.
From the withered mountain Mr. Crippled Brain is barking with his twisted tongue.
The stage is set, the guests are met, who'll be the first to start the dance ?
And we thought it was over.
Pubblicato da Dario-V- a 4:23 PM 2 comments:

For the people living in year 2199

I would like to leave a note for people who I hope will be living in better times than these.
The dreams of my generation turned into nightmares, we believed in peace and freedom, we believed in souls' enlightenment. We were dreaming of a less materialistic society, not entirely driven by money and greed. We were waiting for an age of spirituality, a breath of purifyng religion and sense of wonder for the universe and all the things in it. What have we got now ? Ideals are long gone and forgotten it seems, the consumistic beast had devoured our best dreams, caught in a rat race we forgot that there could be a better life for mankind. Religion has turned into a sort of politic party, it only serve for somebody's needs to control and manipulate. What do we see 'round the corner ? Old ancient mindless ideologies of violence are surfacing again in our societies, wolves are beginning to bark again, they're guiding their sheeps into the new internment camps. What will all this be leading to ? i'm not optimistic, i still think that mankind has a long way to go before we learn that we could build a better world for all. I think that there are dark times ahead of us, times where wolves be be wearing sheep's clothes, they'll be talking of love, using it as a strategy to justify their deeds. But it will be a conditioned love, those who're with them will be the chosen ones, and the others will only be an obstacle to remove. The age of brain control is coming into action, the puppeteers have started to weave their strings. I'm dreaming now that in 100 years my grandnephews will be dreaming their own dreams and build a better way of living, in peace with all mankind.
Pubblicato da Dario-V- a 6:16 PM No comments:

Ambientalism and people who care. 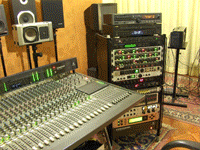 Paul Cat & Lola
This seems to be the year of old friends returning into my life, it's true that soul brothers may be distant but they never forget each other. Paul was one of my musical heroes, we became friends and shared some crazy times in our youth. I've met him last summer after a couple of decades we had lost contact and it was just like finding again a lost brother.

Paul has got a long story behind him, guess many of you out there have heard about Paul Chain's Death SS. My old band The Drivers, and Paul's SS, were the only bands in my town in the late seventies and early eighties, we were the very pioneers of the musical scene of our bleak town. Sometime ago he decided to die artistically and then he came back again in another incarnation. He now calls himself Paul Cat, if you don't know anything about him this is a good opportunity to know better a free mind in a chained world.

So let me introduce you his new project called "Metropolis" which is not only about music but also about environment and ambientalism. You can download for free the entire new album and also look at his projects, you'll find his website enlightening.
I hope you will find him as special as he really is. 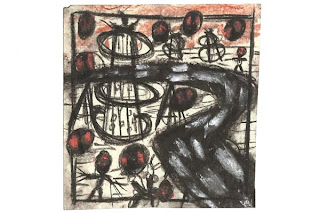 I find myself sincerely hoping that this world will end soon, before it falls further down the sewer, I very much hope that some lunatic initiates the dance of Shiva. Humanity repeats the same mistakes decade after decade and I am a guy who gets easily bored. So, or we start all over again or it's better to stop this insane meaningless race. I don't wanna see history repeating itself, racism, greed, selfishness, limited mentality of people, mass communications control, i already know that idiot movie.
Stop this show.
Pubblicato da Dario-V- a 4:41 PM No comments:

Art must be a scratch in the conscience of people or nothing at all.
Pubblicato da Dario-V- a 4:30 PM No comments: